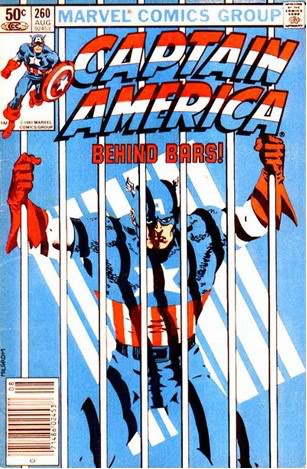 How dare you save the lives of millions!
"I just did 80% of your job, and right there, that's how you repay me?"
— Peter Parker, The Amazing Spider-Man
Advertisement:

While villains often face terrible fates, the life of a hero isn't always a happy one either. This subtrope of No Good Deed Goes Unpunished pits two heroes against each other.

The trope starts with a bad thing about to happen. Maybe local supervillain Alice is about to rob a bank. Superbob suddenly appears and asks her to stop. A fistfight ensues and Officer Carol arrives. In other words, normally Bob would expect Carol to help him, but as far as Carol is concerned, Bob was the villain. He might be charged with anything from Police Brutality to attempted murder to a charge that had nothing to do with the incident. Sometimes the issue is resolved in a Kangaroo Court and the hero is given Soap Opera Justice. In the worst case scenario, having been fed up with being accused by the others, it can result in Then Let Me Be Evil situation.

Compare Crime of Self-Defense, Miscarriage of Justice, The Lopsided Arm of the Law, Police Brutality Gambit, Wounded Gazelle Gambit, Persona Non Grata, Why Did You Make Me Hit You?, Et Tu, Brute?.

There can be any number of reasons for the decision to arrest the hero: