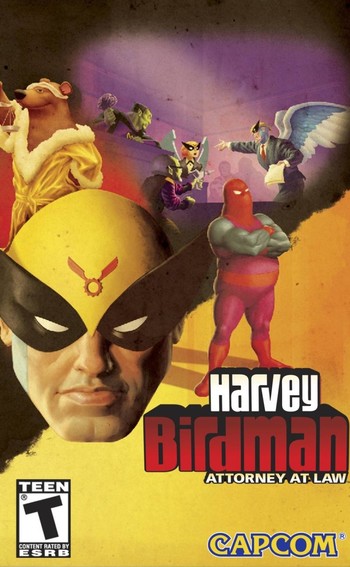 Harvey Birdman, Attorney at Law is a Visual Novel-type game released on January 8, 2008, developed by High Voltage Sofware and published by Capcom, based on the Adult Swim series of the same name. The creators collaborated with the cartoon production team and brought back the voice actors to voice the main cast, except for Stephen Colbert. The game was not released outside of North America. The game itself was based on the gameplay used in the Ace Attorney franchise.

The game takes on five cases with Harvey Birdman as the defense lawyer. Like the Ace Attorney games, Harvey must examine crime scenes, interview witnesses in court and clear their names during trials.