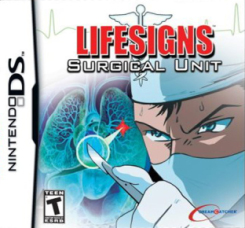 There are actually two Lifesigns games, though the first, Kenshuui Tendo Dokuta, was never translated from Japanese after its 2004 release. This one was released in Japan in 2005, and got translated in 2007.

The videogame series has examples of: