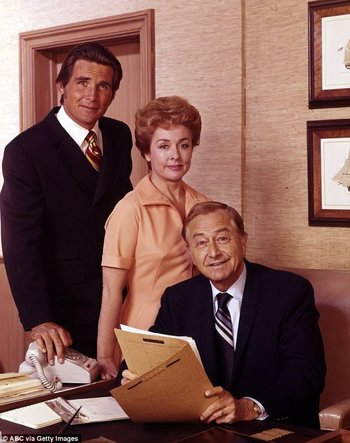 From left to right: Steve, Consuelo, and Marcus.
Advertisement:

Welby was a family practitioner with a kind bedside manner, who was on a first name basis with many of his patients (and who also made house calls). Welby's unorthodox way of treating patients often conflicted with the more strait-laced methods of Kiley, but as the two worked together they learned something from each other. Many issues of the day were addressed, helping to make the show a major hit on ABC.

The series aired on ABC from 1969 to 1976 and was one of the most popular shows of its era, helping to make the once-fledgling network the top-rated of the big three by the mid-'70s.