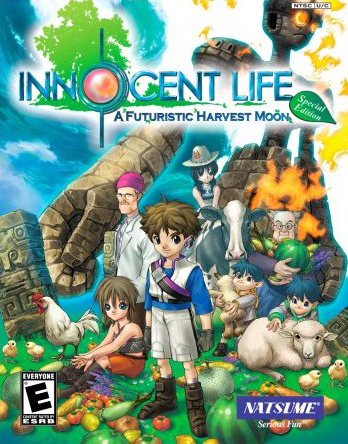 In the year 2022 on Heartflame Island, Professor Hope Grant creates a robot boy to live in Volcano Town. He hopes to watch him learn the true value of life by raising crops, raising animals, and interacting with the residents until he matures into an "Innocent Life". The boy has two years to do this. The island also contains an ancient mystery that has sealed away much of the fertile land on the island.

The game bears similarities to Harvest Moon: Save The Homeland due to its time-limit and lack of a marriage system.

Innocent Life was released alongside Rune Factory for the franchise's 10th anniversary. Unlike Rune Factory, it didn't spawn any sequels and remains an obscure title even amongst Harvest Moon fans.