Literature / The Beginning After the End 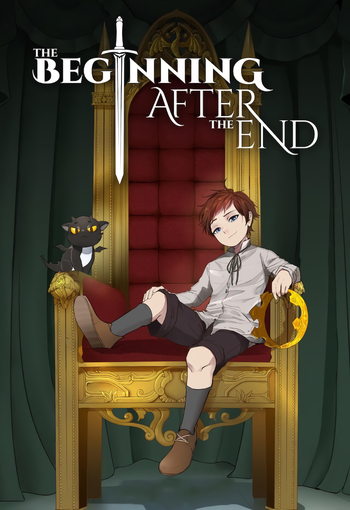 The Beginning After the End is an epic fantasy starting from the rebirth of a king into a new life of magic and twisted fate, written by TurtleMe. King Grey has unrivaled strength, wealth, and prestige in a world governed through martial ability. However, solitude lingers closely behind those with great power. Beneath the glamorous exterior of a powerful king lurks the shell of a man, devoid of purpose and will. Reincarnated into a new world filled with magic and monsters, the king has a second chance to relive his life. Correcting the mistakes of his past will not be his only challenge, however. Underneath the peace and prosperity of the new world is an undercurrent threatening to destroy everything he has worked for, questioning his role and reason for being born again.Volumes with Publication Dates

The novel has also been adapted into a web comic series, illustrated by Fuyuki23.