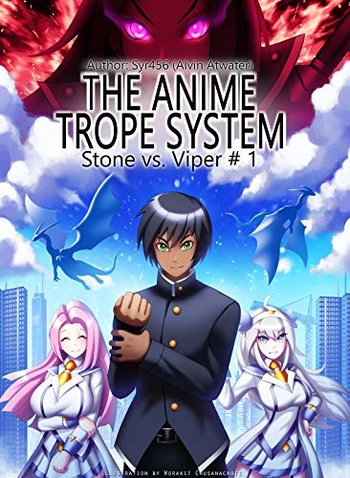 An isekai/litRPG series written by Alvin Atwater. College student Clyde is abducted by a god-like entity and brought to Satovia, a world literally based on anime, right down to everything being animated. Clyde is forced to participate in a cosmic death game in which he, the "Stone" has to fight a person known only as the "Viper." Before he can face the Viper, Clyde has to get stronger while also trying to avoid the many anime tropes that are thrown at him.