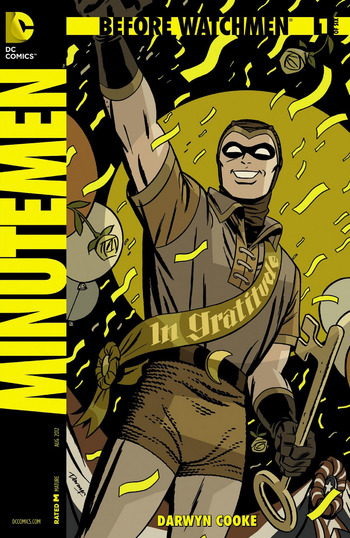 Nite Owl I, on the cover of Before Watchmen: Minutemen #1.
Advertisement:

Each of the miniseries involves some of the best talents in the comics industry to date. This event's purpose is to explore the backstory, characters and setting of Watchmen (comics continuity only), as any previous history not shown in the original series is in hard to find RPG's and supplementary materials.

The individual miniseries are:

Warning: Several spoilers from Watchmen will be unmarked.

Before Watchmen provides examples of: