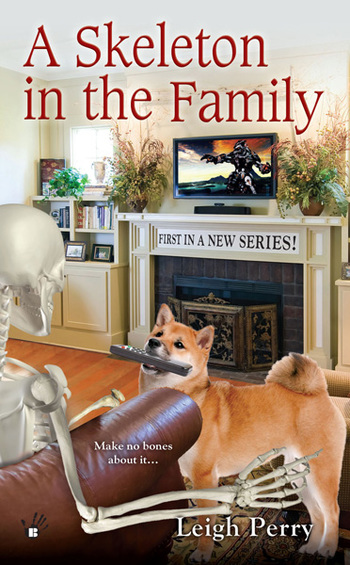 Family Skeleton Mysteries is an Urban Fantasy and "Cozy Mystery" series by Toni Kelner (writing as Leigh Perry), focused on Dr. Georgia Thackery, an adjunct college professor and single mother, who's recently moved back into her childhood home while her parents are off touring in Europe... and consequently, back in with her best friend Sid, an ambulatory human skeleton who's lived with them since she was six. The two subsequently end up as amateur sleuths, solving mysteries that come their way.