Literature / Of Ants and Dinosaurs 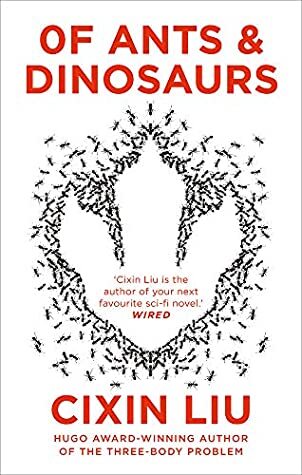 Of Ants and Dinosaurs (alternative name The Cretaceous Past) is an allegoral novel written by Liu Cixin (of The Three-Body Problem fame). It concerns the alliance between a civilisation of ants and dinosaurs in the late Cretaceous period.

The seeds of a fateful alliance were based on dentistry. From there, it led to massive technological developments such as Mathematics, writing, energy and even nuclear weapons. However, the dinosaur civilisation eventually splits into two warring factions and an ecological collapse is impending. When they refuse to impend the ants' warnings, they are forced to decide whether to destroy the dinosaurs' civiliisation, or perish alongside them.

The book was translated and released in 2020.