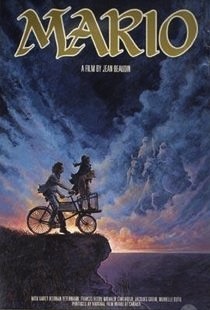 Mario is a 1984 French-language Canadian drama film written, directed, and produced by Jean Beaudin and set in the Magdalen Islands. Mario Leblanc (Xavier Norman Petermann) is a ten-year-old mute boy who lives in his own world. He spends most of his time with his eighteen-year-old brother Simon (Francis Reddy). Simon creates an elaborate fantasy for Mario in which they are Arab warriors.

One summer, Simon falls in love with a teenage girl named Hélène (Nathalie Chalifour), who is spending the summer on the island with her family. Simon is so taken with Hélène that he neglects his friendship with his brother. Mario decides that the intruder must leave or die.

Has nothing to do with the protagonist of a popular video game franchise.