Our Pixies Are Different 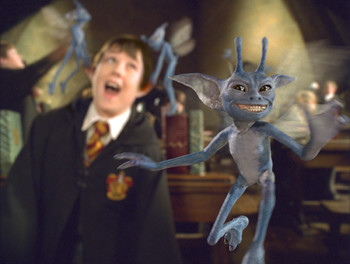 Don't be fooled by their diminutive size, they can be devilishly tricky little blighters.
Advertisement:

Pixies are one of the many mystical creatures originating from Celtic folklore and typically believed to be found in Cornwall. Like many of The Fair Folk, their appearance and behavior can vary between mediums, however, pixies are among the most inconsistently depicted of all.

Subtrope of Our Fairies Are Different.