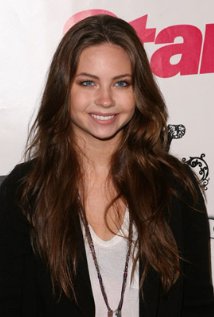 Daveigh Elizabeth Chase (born Daveigh Elizabeth Chase-Schwallier; July 24, 1990) is an American actress, singer, and voice over artist best known for playing Rhonda Volmer in the HBO series Big Love, Samara Morgan in The Ring, Lilo Pelekai in the Lilo & Stitch franchise, Samantha Darko in Donnie Darko and Chihiro in the English version of Spirited Away.