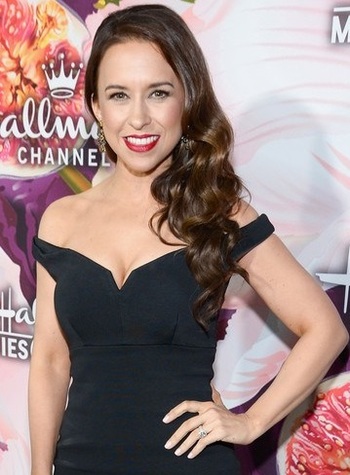 She is probably best known for her roles as Claudia Salinger on Party of Five, Penny Robinson in Lost in Space and Gretchen Wieners in Mean Girls, but her distinctive, sweet sounding voice (best compared to aural candyfloss) has won her major roles as a voice actor. Her voice credits include Eliza Thornberry in The Wild Thornberrys, Ruth McDougal (Arnold's crush who turns out to not be the girl he envisioned) on the early episodes of Hey Arnold!, Meg Griffin in Family Guy (for the first season; she was later replaced by Mila Kunis, though some of the season one episodes with Chabert as Meg were mixed in with the season two episodes with Kunis as Meg. On top of that, Chabert wasn't credited for voicing Meg until the season ten episode "Back to the Pilot"), Gwen Stacy in The Spectacular Spider-Man, Princess Elise in Sonic the Hedgehog (2006) and Zatanna in both Young Justice and Injustice: Gods Among Us.