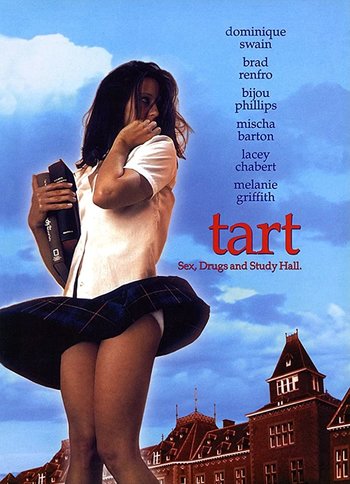 Tart is a Coming-of-Age film released by Lionsgate in 2001. It was written and directed by Christina Wayne.
Advertisement:

Catherine "Cat" Storm (Dominique Swain) is a student at an elite New York prep school during The '80s. She wants to get In with the In Crowd and to get with the Troubled, but Cute William Sellers (Brad Renfro). When her best friend, Delilah Milford (Bijou Phillips), is expelled for doing drugs, Cat gets her chance to climb the social ladder.

Mischa Barton and Lacey Chabert appear in the supporting roles of Grace and Eloise respectively.