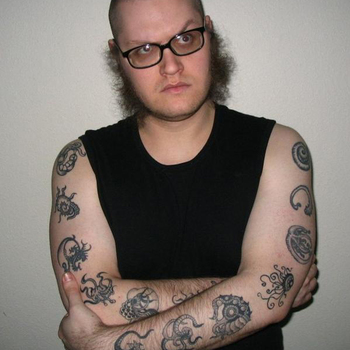 Carlton Mellick III (born July 2, 1977) is a bizarro author whose surreal counterculture novels have made an international cult following despite being shunned by most libraries and corporate bookstores.

General Tropes associated with this author include: