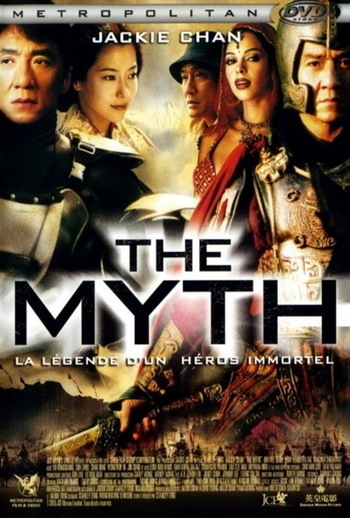 Inspired a TV miniseries spinoff on the Mainland China's CCTV-8. This time around, Yi Xiao Chuan and Gao Yao, archeology graduate students, get blasted back to the Qin Dynasty by an ancient artifact found in the tomb of an ancient Qin princess.

The Myth provides examples of the following tropes: