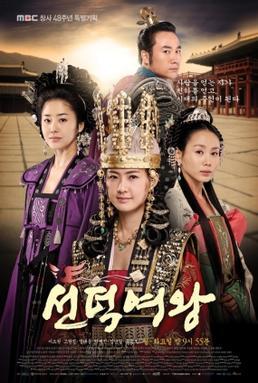 Deokman (Queen Seondeok’s childhood name) was born as Princess Cheonmyeong's twin and a member of the Silla royal family, but a prophecy leads to her abandonment as a baby. She was later brought back to the Silla palace, where she joined forces with her twin sister to oppose Mishil, a royal concubine who wanted to seize power. Mishil devised sinister plans to have the two Silla princesses exiled from the kingdom.