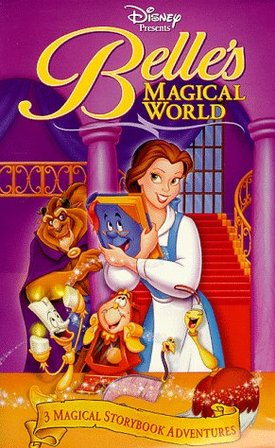 The film takes place partway through during the original. It's a Compilation Movie featuring various connected shorts. The original film consists of the shorts "The Perfect Word", "Fifi's Folly", and "The Broken Wing". The 2003 Special Edition re-release adds "Mrs. Potts's Party".

Interestingly, these shorts are actually unreleased episodes of a cancelled Beauty and the Beast TV series.

This compilation contains examples of: