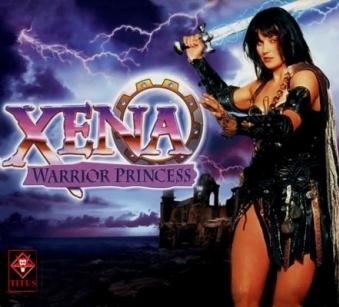 The 1999 PlayStation adaptation of the 90s' hit TV series of the same name.

Xena: Warrior Princess is a rather straightforward Hack and Slash video game with 21 levels, spanning various environments including beaches, castles, dungeons, temples and hell. Players assume the role of Xena, who must stop an ancient evil threatening to Take Over the World and rescue her friend, Gabrielle, who had been kidnapped for a deadly ritual.

Not to be confused with the Nintendo 64 fighting game Xena: Warrior Princess: The Talisman of Fate.