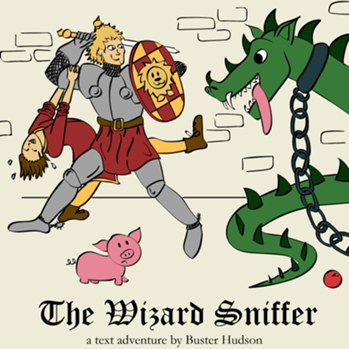 You have recently been procured by the knight Ser Leonhart and his faithful squire Tuck. Believing you capable of sniffing out wizards, they have brought you to the keep of the evil shapeshifting wizard Queklain, with the goal of defeating him and rescuing the kidnapped Princess Joy.

Unfortunately, you are no wizard sniffer, merely an ordinary pig.

You can play the game here.