Video Game / The Wolf and the Waves 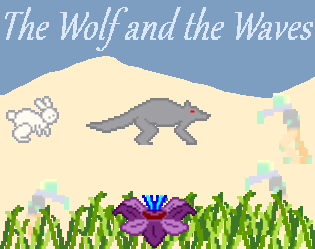 Survive, collect plants, and shapeshift
The Wolf and the Waves is an in-browser freeware game, made in Clickteam Fusion 2.5 and published on itch.io. A penitent werewolf travels to a remote island seeking the cure to his lycanthropy. Gameplay consists of shapeshifting between three different forms (human, wolf, and ghost) to avoid/fight enemies, collect plants, and craft the cure.
Advertisement: