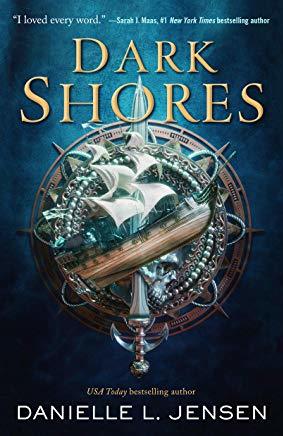 Teriana comes from the seafaring nation of the Maarin, who are the only ones able to cross the Endless Seas dividing the world of Reath into two parts, ignorant of one another. Marcus is the commander of the 37th Legion of the Celendrial Empire, famous for the fact that they never retreat. They should have nothing in common, yet they are brought together by a power-hungry politician who knows exactly how to threaten or blackmail them to do his bidding. And so Teriana agrees to lead Marcus and his legionnaires to the legendary Dark Shores to conquer the land for the Empire — while she is secretly plotting their downfall.

In the meantime, on the other side of the world, the dreaded nation of Derin, who worship the Seventh god, has invaded Mudamora. Young Killian Calorian, Marked by War God Tremon, believes it's all his fault and is ready to pay with his life for his mistakes—when suddenly he is given a chance for redemption by none other than the King's daughter, princess Malahi.And Lydia, Teriana's only friend in Celendor, is learning that the world is much more complicated than her beloved library and there is a price for everything.