Literature / The Dark Side of Nowhere 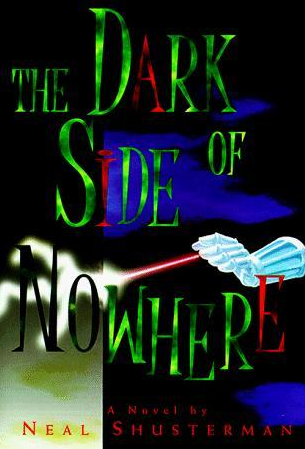 The Dark Side of Nowhere is a Young Adult Science Fiction novel by Neal Schusterman.
Advertisement:

Jason is having a bad day. The kind of day when you just don't feel like yourself. Only for Jason, it's not just a feeling. He really isn't himself.Not any more.Who is he? That's the problem. Jason isn't sure. And it's not just him. Everyone in town is acting weird. His friends. His parents. Everyone. Billington is usually such a normal town. As Jason is about to discover, nothing will ever be normal again.

This Book contains examples of: