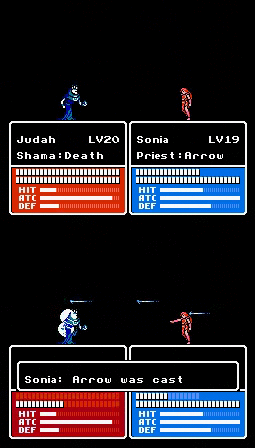 "This is going to hurt you more than it does me. Hopefully."
"This spell allows me to use blood from my own body as a weapon. When struck, my enemies' blood would flow from their bodies to fill me with life. 'Tis a risk, yet the rewards are a temptation."
— Kain, about his Blood Gout spell, Legacy of Kain: Blood Omen
Advertisement:

Example of:
The Dreaded Dreadnought