Literature / The Name of the Wind 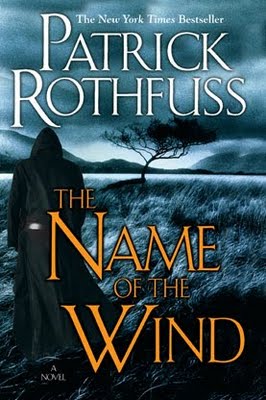 You may have heard of me.
Advertisement:

Heroic Fantasy novel by Patrick Rothfuss, chronicling the early adventures of Kvothe (pronounced similar to Quothe, but with a 'v'), a legendary hero, as he begins his career by struggling through The University to learn magic and find the answers behind the existence of The Chandrian, a murderous group of seven immortals who killed Kvothe's family for learning too much about them.

The first of three novels in The Kingkiller Chronicle. Orson Scott Card compares it favorably to the Harry Potter series; obvious similarities include their Wizarding School settings and young protagonists. The Name of the Wind starts out dark and remains that way. While there is humor, most of it comes in the form of Kvothe's Genre Savvy or occasional Deadpan Snarker tendencies rather than the absurdities of the magical world.

Put tropes that apply to the series as a whole in The Kingkiller Chronicle.

The Name of the Wind has examples of: