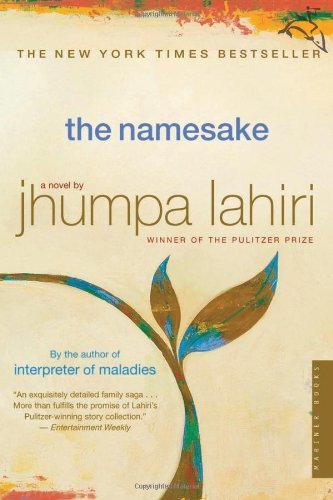 The Namesake is the second book by Jhumpa Lahiri, who had previously won the Pulitzer Prize for her debut collection of stories, Interpreter of Maladies. While not as well-received as her debut, Lahiri's novel still garnered positive reviews from critics, who lauded its universal theme of cultural dissonance.

Released in 2004, it focuses on Gogol Ganguli, the son of Ashoke and Ashima, who are Indian immigrants to America. Gogol, throughout the novel, struggles to navigate his own distance from his cultural heritage as well as his parents' difficulties with cultural alienation. He becomes disillusioned with his first name (named after Nikolai Gogol), and keeps himself independent from his parents and his heritage by changing it. After a crisis of faith, he reconciles with his culture, only to find out that his relationships and his identity are far more complex than he would wish.

It was adapted into a film of the same name, which has its own trope page here.