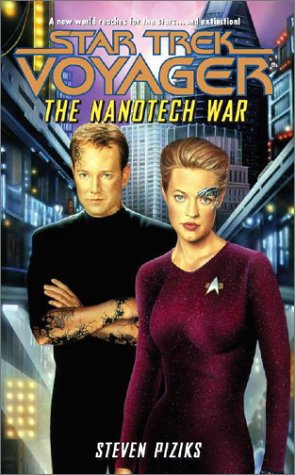 A Star Trek: Voyager novel, set in the show's final season. Voyager comes across a planet (Chi) where the natives use nanotech for near enough everything, and carry swarms of nanites within and upon their bodies. The crew naturally wind up involved in local politics.