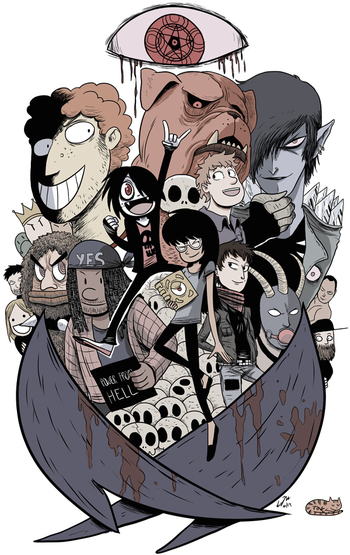 is an action/comedy/slice-of-life webcomic by Eric Lide.

The star of our story is Ozzie — art student, metalhead, and recently-turned vampire living in the city of Gloomburg, New Jersey. Said city is a magnet for demons crossing into the human realm, so Ozzie often finds herself fighting them off, with help from her best friend Kimmy and the magical talking tome Grimsley.