Video Game / Castle of the Winds 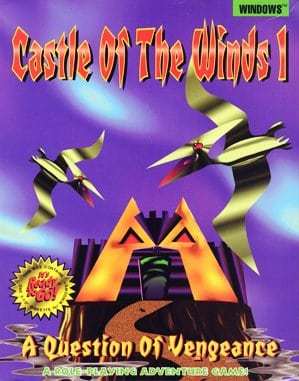 Part one: A Question of Vengeance 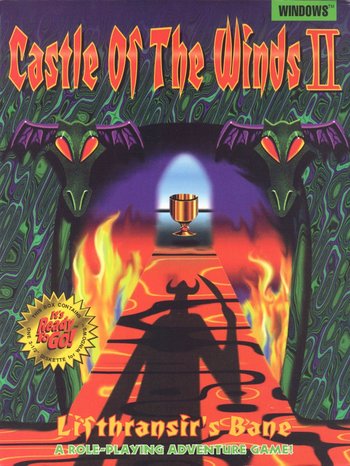 Castle of the Winds (CotW) is a tile-based roguelike game for Windows 3.x., published in 1989. It was released in two parts: A Question of Vengeance (Released as shareware) and Lifthransir's Bane. The game was recently released as freeware, and while the original download was lost due to a server crash, there are many other abandonware sites and online emulators one can play the game on.

The game begins in a small hamlet. The player's parents were murdered, their farm burnt down, and an amulet they were holding for the player's coming of age were stolen by monsters infesting a mine to the north. The player dives down into the mine, only to learn that some random Big Bad ordered your village destroyed while you were away, in attempt to kill you (because you are the Chosen One!). Cue the quest for vengeance.

Does not work on 64-bit versions of Windows, as it is a 16-bit application. However, using DOSBox or Windows XP Mode, you can still enjoy this classic on modern PCs. It can be played online here