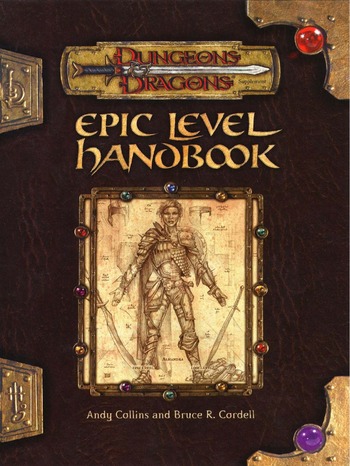 Epic Level Handbook is a 2001 supplement to Dungeons & Dragons 3rd Edition, providing rules and ideas for campaigns which take characters beyond the level 20 cap. (Levels 21 and beyond are called "epic levels".) Parts of the book are also available as part of the d20 SRD

A fan made variation called E6