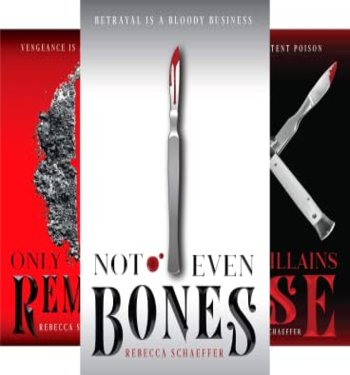 "There was normal, there was abnormal, and then there was Nita."

Urban Fantasy focusing on Fantastic Racism with a chaser of Star-Crossed Lovers, Market of Monsters is a book trilogy consisting of:

The setting is 21st century Earth, shared by the mainstream human population and the "unnaturals," who range from humans with unique abilities or unique... diets, to very non-Homo sapiens creatures that can nonetheless pass as human. Some are familiar (vampires who must feed on human blood, ghouls who must feed on human flesh, kelpies who must also feed on human flesh, which they obtain by luring victims into water and drowning them). Some have familiar names, like unicorns, humans (not horses) who must feed on the souls of virgins. Some are completely new (zannies who must feed on human pain, aurs who simply glow in the dark). They all have one thing in common, though: humanity hates and fears them. The dual purpose of the International Non-Human Police (INHUP) is to protect innocent unnaturals from an ignorant public and protect innocent humans from species on the Dangerous Unnaturals List. In theory, that's the list of species whose very existence necessitates killing humans, so killing unnaturals on the list has been declared perfectly legal as "preemptive self-defense."

And there’s plenty of people willing and eager to kill unnaturals — their flesh, blood, and organs are in high demand. All around the world, there's a thriving black market trade in unnaturals and unnatural body parts. Powdered unicorn bone is great for a high, zannie blood is an excellent painkiller, and eating an unnatural's eyes, limbs, or skin will give you some of their powers, right...? Maybe, maybe not, but it's worth a try.

The 17-year-old heroine Nita is an unclassified unnatural with the power to consciously control natural bodily functions regular humans can't. She can turn her pain receptors on and off, make wounds heal super fast, increase or decrease the appropriate hormones when she needs to run, sleep, or calm down, and probably more if she was willing to risk experimenting. She inherited her abilities from her mother, one of the most prolific dealers of unnatural body parts on the black market. Nita dissects the bodies for her, but she's never killed any of them herself, so it's not like she's doing anything she should feel guilty about, right? Right...

Nita's life is turned upside down when her mother brings home a live teenage boy whom her mother plans to keep alive as long as possible so she can keep selling his high-demand blood. Expected to help slice off his body parts one by one while he's still alive, Nita finally reaches her breaking point. She defies her mother and helps the boy, Fabricio, escape.

The next thing Nita knows, she's been drugged, kidnapped, and hauled off to a secluded jungle town on the Amazon River in Peru. "Mercado de la Muerte. Death Market. The biggest market for unnatural body parts in the world." It’s there she meets Kovit, a 20-year-old zannie who’s either (depending on who you ask) been employed or enslaved by a mafia family since childhood and has now been assigned to help keep the prisoners in the market in line. Initially seeing him as the enemy, Nita eventually starts to realize he’s not the monster she’s been taught zannies are. Circumstances lead to the two working together, escaping together, going on the run together, and, well, you can figure out where it goes from there.

The series follows their attempts to hide from the black market, protect their secrets, take out their enemies without getting caught, distance themselves from their abusive families, understand these alien feelings they have for each other for the first time in their lives, and find answers about why their world is the way it is and why certain people are considered unworthy to live.

A webcomic based on the series can be found on WebToon

The series provides exmaples of: