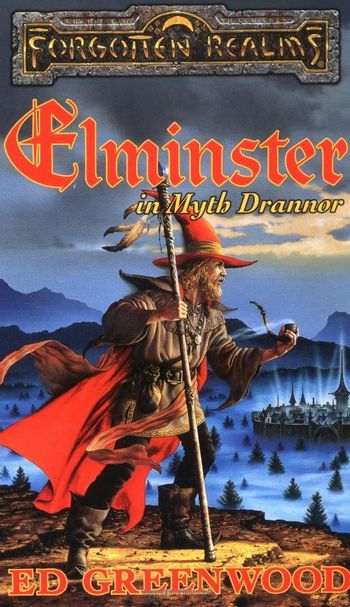 "Life has no meaning but what we give it. I wish a few more of ye would give it a little."
— Elminster of Shadowdale
Advertisement:

The Elminster series is an ongoing series of novels set in the Forgotten Realms campaign setting of Dungeons & Dragons, written by setting creator Ed Greenwood. Its starring character is the archmage Elminster Aumar, one of the Chosen of the goddess of magic.

The Elminster series contains examples of the following tropes: