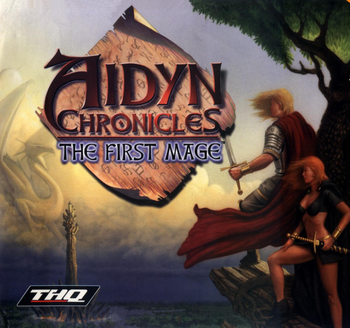 Aidyn Chronicles: The First Mage is a 2001 Western RPG developed by H2O Entertainment and published by THQ. It was one of the few RPGs for Nintendo 64. The story is about a squire named Alaron who's always up to mischief. There's an underlying reason, but he doesn't know yet.
Advertisement:

After being poisoned by goblins, he embarks on an adventure to be cured. While on this adventure, he meets friends, and gets caught up in something much bigger and more dangerous than he first thought. Isn't that what tends to happen in games like this?