Literature / Magic by the Numbers 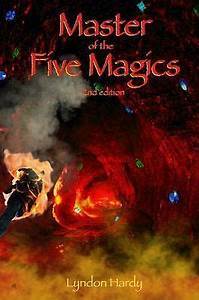 A fantasy series by physicist Lyndon Hardy, the books revolve around a world that has five magic systems. They are Thaumaturgy (Sympathetic Magic), Alchemy (magic potions), Magic (creation of new Ancient Artifacts), Sorcery (Mind Manipulation), and Wizardry (Summoning Ritual). The series is only loosely linked, as each book features a different protagonist. The books are as follows:
Advertisement:

Alternative Title(s): Master Of The Five Magics, Secret Of The Sixth Magic, Riddle Of The Seven Realms