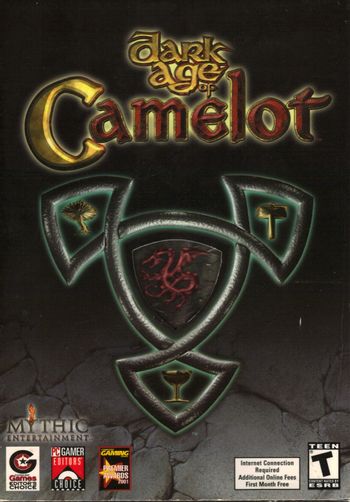 Launched in late 2001, Dark Age of Camelot is a long-running MMORPG from Mythic Entertainment.
Advertisement:

The game presents three realms: Albion, a typical The Dung Ages representation of medieval England which is heavily steeped in Arthurian myth; Midgard, a frosty, fjord-y representation of Norse mythology populated by Vikings and trolls; and Hibernia, built on Irish folklore and legend.

The three realms war in Player Versus Player frontier areas, while each realm's home territory is dedicated to Player Versus Environment play.

The MMO is still active as a free-to-play game.