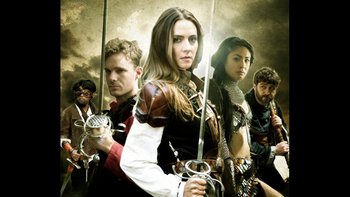 AFK is a webseries in which some fantasy gamers abruptly find themselves waking up inside of their computer game's world. They must then deal with the hardships of the setting becoming real-not only the world's conditions, but each other. Filmed in New Zealand, it has run for two seasons. It can be watched on it's Youtube channel

and Amazon Prime. Some of the actors had previous minor roles in The Lord of the Rings and later The Hobbit movies.