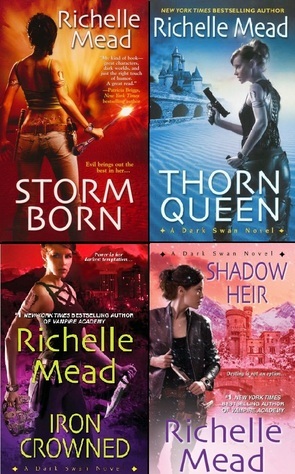 Richelle Mead's Dark Swan series consists of four books which are as follows: Storm Born, Thorn Queen, Iron Crowned, and Shadow Heir. The series follow 26-year-old Eugenie Markham who is a "shaman-for-hire" in Tucson, Arizona. In Storm Born, Eugenie crosses to the fairy world to try to rescue a teenager who was abducted by a member of the fair folk (or as Eugenie likes to call them, gentry). Along with three spirits she keeps around to help her, Eugenie finds unlikely allies in a powerful shape-shifter and a puckish fairy king.