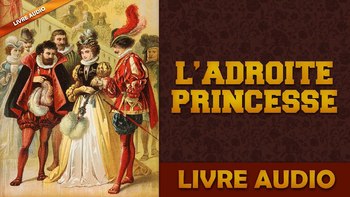 - Finette in other translations) is a 1696 French fairy tale by Marie-Jeanne L'Héritier de Villandon (1664-1734), Charles Perrault's niece. The story tells of a king who went to fight in a Crusade, leaving behind his three daughters, locked in a tower.

The daughters are called (no real names are known) Nonchalante (Dronilla; the lazy one), Babillarde (The Babbler; or Pratilla), and Finette. Each one is given a glass distaff which is enchanted to break apart as soon as the princess acts dishonorably.

An evil prince from a neighboring country, called Riche-Cautèle (Rich-Craft), has a grudge against the royal family, so he decides to strike against them. And off he sets…

Tropes found in The Discreet Princess include: