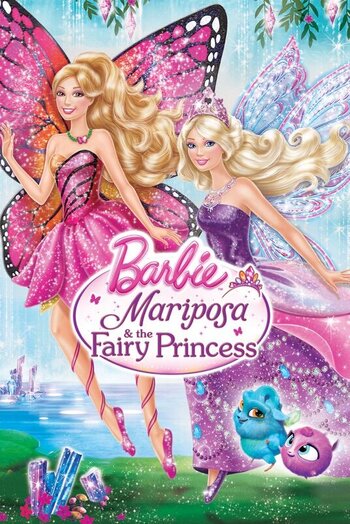 Following Henna's defeat in the previous movie, Mariposa becomes the royal Ambassador of Flutterfield and is sent to bring peace between her land and their rivals, the Crystal Fairies of Shimmervale. While Mariposa doesn't make a great first impression on their King, she becomes fast friends with his shy daughter, Princess Catania. Soon Mariposa is banished from the Crystal Kingdom, but when a dark fairy named Gwyllion threatens to destroy Shimmervale, Mariposa and Catania's friendship may be the only thing that can set things right.

The best way to make a friend is to be a friend.
— Barbie
Feedback