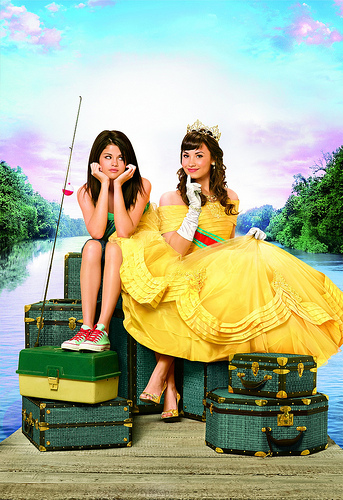 Royalty meets reality.
Princess Protection Program is a Disney Channel original movie starring Selena Gomez and Demi Lovato. When a tiny country is caught in a power struggle with its royal family and a militaristic dictator, General Kane, who wants power for himself, the young Princess Rosalinda (Lovato) is taken into custody by the Princess Protection Program. She is whisked away to rural Louisiana where she must learn the ins and outs of behaving like a normal American teenager. In the process of adapting to her new life, Rosie gives her new friend and roommate, Carter (Gomez), a few lessons in how to act with royal aplomb.