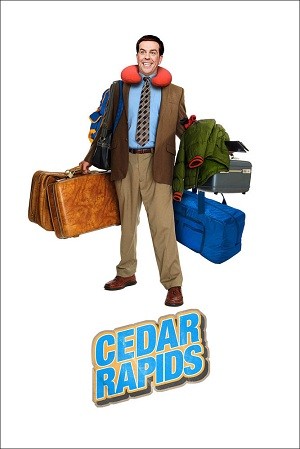 Today is the first day of the rest of his weekend.
You're freaking out, your world is crumbling — it's your first ASMI. I get it. Welcome to the jungle, Timbo.
—Dean Ziegler
Advertisement:

The film centers around Tim Lippe (Helms), a Wisconsin insurance salesman who goes to a convention in the eponymous city in Iowa. Along the way, Hilarity Ensues.