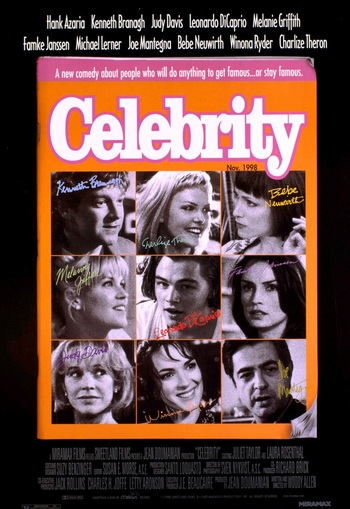 Celebrity is a 1998 comedy-drama film written and directed by Woody Allen.

Lee Simon (Kenneth Branagh) is an unsuccessful novelist turned travel writer who immerses himself in celebrity journalism following a midlife crisis and subsequent divorce from his insecure wife, former English teacher Robin (Judy Davis). However, as he stumbles his way through both professional encounters and sexual escapades with performers, models, and other players in the world of entertainment, Lee ruins numerous opportunities due to his fame-seeking, insecurities and neuroses. Meanwhile, Robin leaves her many neuroses behind and is led to success.