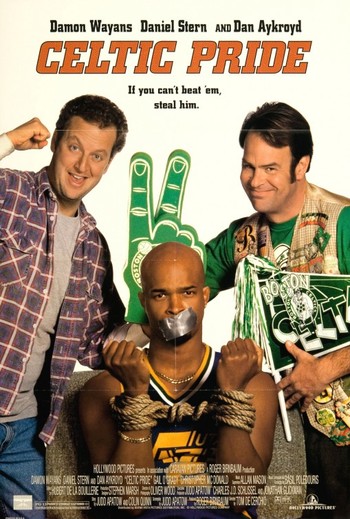 Celtic Pride is a 1996 sports comedy film starring Damon Wayans, Daniel Stern, and Dan Aykroyd. The film was written by Judd Apatow, who also developed the story with Colin Quinn.

Mike O'Hara (Stern) and Jimmy Flaherty (Aykroyd) are two best friends and die-hard fans of the Boston Celtics, who are excited their Celtics are in the NBA Finals against the Utah Jazz. However the Celtics lost game six, forcing a game seven in Boston. Depressed they're so close to losing, Mike and Jimmy go to a bar, where they run into the star Jazz player Lewis Scott (Wayans), where Mike and Jimmy hatch up a plan to pose as Jazz fans and get Scott drunk, so he'll fell hungover by game seven. However, they end up with more than they bargained for when they end up kidnapping him by accident. Figuring they'll go to jail anyway, they just decide to hold him hostage just to help the Celtics win the championship.