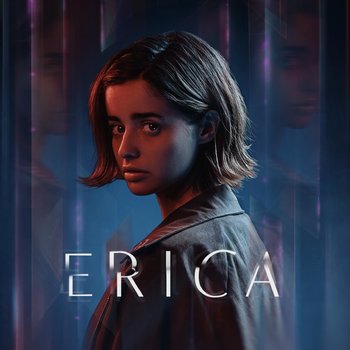 It's you, Erica. It's always been you.
The butterfly, who can stare into the future and see the fire.
Advertisement:

Erica is a Full Motion Video game by Flavourworks and SIEA, released on August 19th, 2019 for the PlayStation 4. The project was first announced in 2017.

Become Erica Mason, a brave young lady plagued with nightmares of your father's murder. With the traumatic events that have haunted you as a child dragged back into the light of the present day via grisly new clues, it's up to you to unearth the shocking truth behind this devastating tragedy. Every choice you make influences how the game develops, with multiple endings awaiting you at the finale of the emotional branching narrative.

Alternatively, Erica gets sent a hand in a box and it all sort of goes downhill from there.