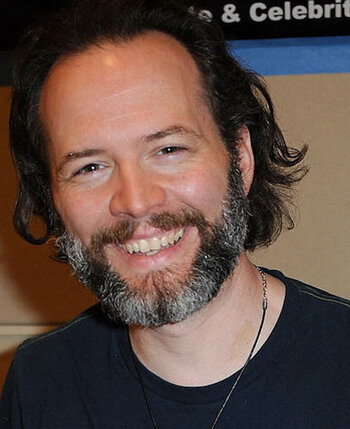 Christopher Daniel Barnes (born on November 7, 1972 in Portland, Maine) is an American actor who is well known for his voice role as the title superhero in Spider-Man: The Animated Series, Prince Eric in The Little Mermaid (1989) (and reprised his role as the character in Kingdom Hearts II), and his on-screen portrayal of Greg Brady in the films The Brady Bunch and A Very Brady Sequel. To many of the older fans, he is the definitive voice of the webslinger.

Not to be confused with the death metal musician of the same name.