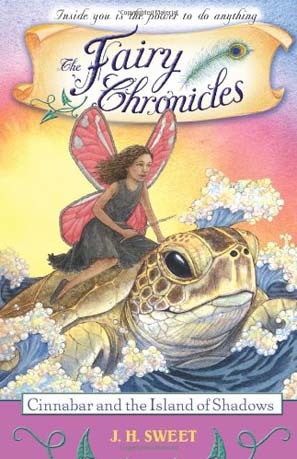 The Fairy Chronicles is a series of books by J. H. Sweet. It focuses on a group of girls who discover that they are fairies, each with special powers. They band together to protect the forces of nature from evil magic, and learn how to get along with one another and control their powers along the way.
Advertisement:

The timeline of the series, beginning with Marigold and the Feather of Hope and ending with Journey's End, spans ten years. The series ran for 60 books before finishing, though only 13 were published as standalones—the rest were packaged in self-published collections.