Literature / A Court of Thorns and Roses 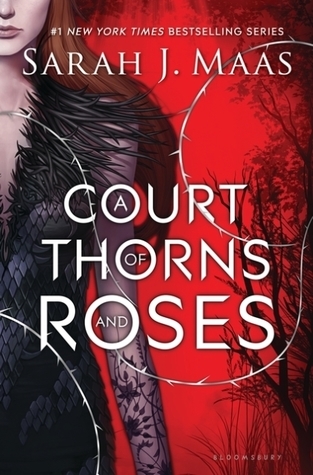 A Court of Thorns and Roses is a fantasy romance series by Sarah J. Maas, initially aimed at Young Adults before being increasingly marketed towards adults.

After debtors raid her home and attack her father, Feyre Archeron and her family are forced into poverty. Unwilling or unable to help, Feyre's family leave her to do all of the housework and hunting. During one of her hunts, she comes across a fey-wolf stalking a deer. Knowing she and her family will starve if she doesn't bring back something, she kills the wolf, bringing its pelt to the village to trade. The next day, a giant beast crashes into her home. This beast is none other than Tamlin, High Lord of the Spring Court. For killing one of his brethren, he offers Feyre a choice: she can go with him to the Spring Court and live or she can die by his hand. Swallowing her hatred of faeries, Feyre follows Tamlin. When she arrives in Prythian, she learns that a strange blight is killing off Faery kind. And even though a powerful wall separates the humans from the faeries, it's only a matter of time before the blight crosses over.