Characters / A Court of Thorns and Roses

Characters from A Court of Thorns and Roses. Spoilers from the first book will be unmarked. Work in progress. 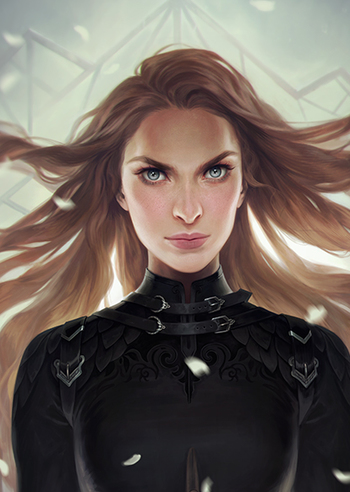 A young woman and adept hunter and provider for a family of four that is struggling with extreme poverty. She becomes Fae at the end of the first book and is gifted with each of the High Lords' powers through her resurrection.

Tamlin is the High Lord of the Spring Court, and later Feyre's lover. Throughout the first book, his court is cursed with being unable to remove their masks, and the only way to break this curse is to make a human girl who passionately hates the Fae love him.

Rhysand "Rhys" of the Night Court 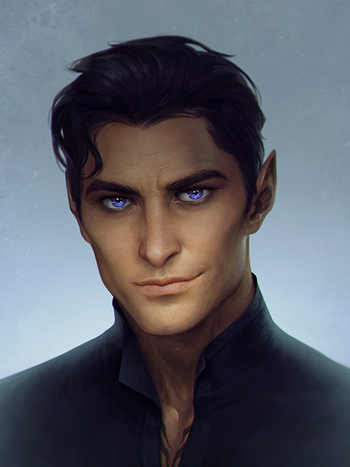 The High Lord of the Night Court, known for being cold, callous and hedonistic. He's Amarantha's dragon.

A member of the Inner Circle and one of Rhysand's best friends.

A member of the Inner Circle, Rhysand's spymaster, and close friend.

A member of the Inner Circle, in charge of running Velaris and the Court of Nightmares. Rhysand's cousin.

A member of the Inner Circle, and Rhysand's Second.

The High Lord of the Summer Court.
Nesta Archeron 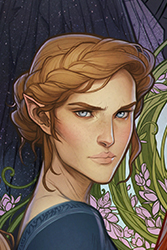 The eldest of the Archeron sisters. 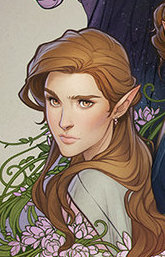 The middle one of the Archeron sisters.

One of the King of Hybern's generals. She took power in Prythian before the start of A Court of Thorns and Roses.