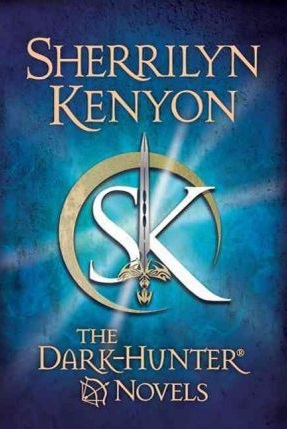 "Let me give you the job descriptions. Me, Dark-hunter. You, Daimon. I hit. You bleed. I kill. You die."
— Zarek summarizes it much quicker.
Advertisement:

The Dark Hunter series is a group of books written by Sherrilyn Kenyon. The Hunters noted in the series can be broken down as follows:

As of May 2010, there are a total of 28 books and novelettes encompassing the series, along with a Companion Book.